September 11, 9/11, will be marked around the United States and the world with many moments of silent remembrance of the thousands who died in the Twin Towers and also for the rescue workers who sacrificed their own lives to help rescue survivors.

Ground zero will be one of the places where the families and loved ones of the victims who perished will commemorate the anniversary of the plane attacks. The names of the victims will be solemnly read aloud, and serene, peaceful-sounding music will be played.

The memorial plaza, which is now two years old, will on Wednesday see relatives reciting names of the close to 3,000 people who perished when jets that terrorists hijacked crash into  the Pentagon and the World Trade Center. Also, the names of the people who were killed in 1993 bombing of the trade center will be read. 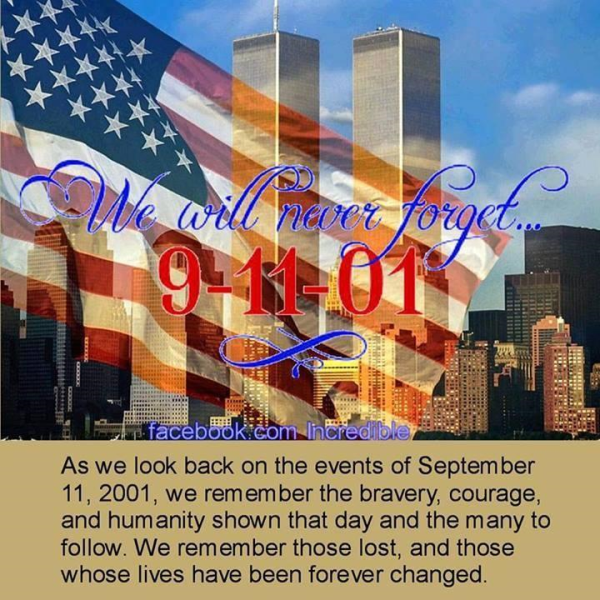 Wednesday, September 11 (9/11) is expected to be a day spent in  honoring the victims of the terrorist attacks. The victims and the sacrifices they made will be forever a part of the American psyche.